Is It Time For A New Toilet?

Upgrade Your Toilet Before It's Too Late!

The toilet is one of the most used appliances in the household. Homeowners rely on their toilet daily and probably don’t think that much about it until a problem arises. After years of use, your toilet, like most major appliances in your house, will most likely need to be replaced. It’s always best to have one of our experienced Ocala plumbers replace the toilet if you need a new one. So, how do you know when it’s time for a new toilet?

Contact our plumbing company today to request a free estimate on any of our residential plumbing services! 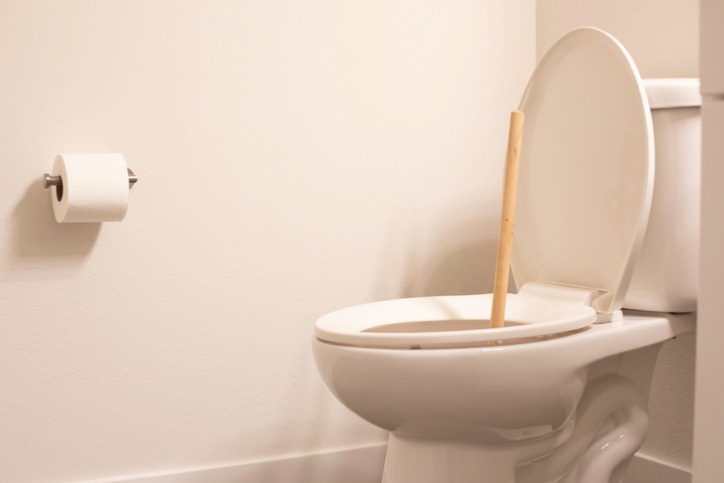 Nobody likes to deal with a clogged toilet. While clogs are not uncommon, random or recurring clogs can indicate an issue, especially if you have an older low-flush toilet. When older low-flush toilets mature and their interiors wear down, they are prone to repeated stoppages. When clogs become more common or occur daily, it may be a symptom of something more serious, such as a clogged sewer line, which must be corrected by a plumber. If a homeowner ignores a sewage line clog, the toilet will continue to clog, causing further harm to their home's plumbing system.

Crack In The Tank

While porcelain is a sturdy material, it can still wear down over time. A crack in the base of your toilet can lead to frequent puddling and leaking, which in turn can lead to damaged flooring and lead your water bill to increase. Homeowners should perform a self-inspection — if they notice any cracks or hear constant running from the toilet, it should be replaced before its condition deteriorates.

Toilets, like any other appliance, don’t last forever. You’ve probably heard that toilets can last for up to 50 years, but that doesn’t include the inner workings. Even if the toilet is old, it will still do the job, but older toilets are often more inefficient than the newer models. So, if you know your toilet is old, it might be time for you to consider getting a new toilet. It can help homeowners save on costly repairs down the road and on water bills.

While there is a short time after a flush that the toilet runs, it isn’t normal if water continuously runs from the tank to the bowl. Usually, this is caused when the flapper valve seals incorrectly, which sometimes can be fixed by wiggling the flusher. If the toilet starts running again, you might end up needing to replace the flapper. If this fixes the toilet, it doesn’t need replacing, but if this solution doesn’t fix the problem, the toilet could have a broken fill valve or another problem that warrants replacing it.

While some toilets don’t stop flushing, others don’t flush at all. This is the toilet that won’t be fixed by plunging it or jiggling the handle. This means you might have some serious toilet trouble. Many people try to fix it by poking around the toilet, but that only makes the issue worse. It is inconvenient to have a broken toilet but leave the poking and prodding to a professional plumber in Ocala who can provide quick, efficient plumbing repairs.

It can be pretty costly for homeowners to rebuild a toilet. Even if they don’t have to replace all the parts at the same time, constantly replacing them can add up over time. Replacing these parts doesn’t just chip away your wallet, but also your time. One weekend a month fixing a toilet might mean it’s time for a new toilet. Consider the costs of the many renovations that have been made and whether purchasing a new toilet will save more money in the long term.