Plumbing Odors: Why They Happen & How To Get Rid Of Them

A smelly drain is enough to ruin any homeowners’ day. Unfortunately, foul odors can come from a multitude of sources — from showers and toilets to garbage disposals and kitchen sinks. Faulty drains are particularly susceptible to releasing undesirable odors, as they are pivotal to disposing of gross wastewater that can stink up a property. To ensure your home or business stays fresh and free of nasty odors, it’s important for you to schedule enough routine maintenance for your residential and commercial plumbing fixtures.

Some causes of plumbing odors are out of your control, but it’s helpful to know what to be on the lookout for. Here are some of the most common culprits of plumbing odors, as explained by the plumbers at Sunshine Plumbing and Gas. We deliver high-quality, fast plumbing services for homeowners and business owners alike.

Contact us today to schedule drain cleaning or other plumbing services for immediate remediation of foul plumbing odors. 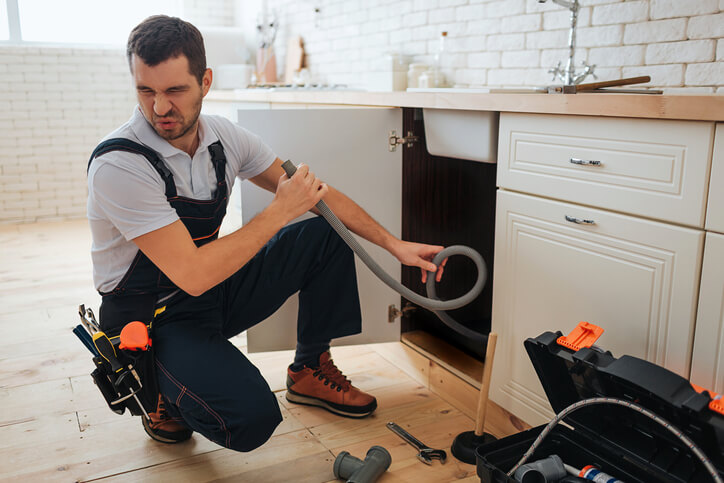 There is a multitude of reasons why your plumbing could stink, but the smell itself could indicate the problem. The source of these odors can be found all around the home, typically in kitchens and bathrooms. The most frequent smells caused by plumbing problems include the following.

Plumbing odors, no matter the source, can permeate and stink up an entire home or business if not fixed. Sometimes, these filthy odors are indicative of clogged drains, broken sewer pipes, and other serious plumbing issues. That’s why it’s important to call a plumber right away when these odors begin. The most common causes of foul plumbing odors that you should be aware of include the following.

Smells from one sink is bad enough, but once it spreads to multiple sinks in both kitchens and bathrooms, it’s a cause for concern and is most likely a problem with the sewer line. Pay close attention to any gurgling noises or other unusual sounds.

Underneath every sink is a drainage system, including a curved pipe, called a p-trap. Between sink uses, the trap holds water in the curved bend to seal out rising sewer gases that would otherwise enter the home. If the sink is left unused for a few days, the p-trap dries up, allowing sewer gases and odors to escape.

Drain vents sit at the top of the roof to help minimize sewer gas pressure in the wastewater system, keeping the pipes healthy and preventing sewer gas from getting into your home. One of the most common causes of odors is a clogged drain vent due to buildup and animal nests.

Toilets are sealed underneath with a wax ring, which plants the toilet properly to the floor and prevents leaks and odors. Wax doesn’t last forever, however, so the ring can loosen or break over time. When it breaks, the air and water in the corresponding pipe can become displaced, with the air and foul sewer gas being forced back up and into the home.

All garbage disposals have a splash guard — the black rubber piece you see when looking down the kitchen sink drain. This guard is a magnet for harboring food waste and bacteria that can become stinky over time. Be mindful of what you put down the disposal and always run cold water while using it to clear it out as best as possible.

How Can I Repair Smelly Fixtures?

While do-it-yourself fixes might temporarily mask the problem, the only way to completely get rid of pungent plumbing odors in your home or business is to seek assistance from experienced plumbers. Our team is dedicated to providing comprehensive drain cleaning and other plumbing services to clear pipes and get life back to normal for homeowners and business owners. At Sunshine Plumbing and Gas, our plumbing company is backed by 15 years of experience, so we’ve seen it all when it comes to pipes, sewers, and everything in between. You don’t have to live in a smelly home — contact us today to schedule plumbing repairs and service.